This handout outlines requirements for agencies that apply for or receive ABC-OTS Grant for conducting Minor Decoy operations, Shoulder Tap operations, and IMPACT inspections from the Department of Alcoholic Beverage Control (ABC).

Funding agencies (grantees) must administer their grants according to these requirements.  Failure to do so may result in the withholding or disallowance of grant payments, the reduction or termination of the grant award, and/or the denial of future grant awards.  All grantees must also comply with the terms and conditions of the Standard State Contract (Form STD 15).

To apply for a multi-program ABC-OTS Grant, applicants must submit a letter of interest, maximum of two pages, signed by the Chief of Police or Sheriff or his/her designee, along with the required attachments.

Mail or deliver letters of interest to:

All letters of interest are date stamped upon receipt at ABC.  Letters received after the deadline date will not be eligible for consideration.  It is the applicant’s responsibility to ensure that the letter is received by ABC prior to the deadline.  ABC will not be responsible for late letters due to mistakes or delays of the applicant or the carrier.  A postmark is not sufficient.  ABC will not accept email or electronic facsimiles (FAX) of the letter.

Letters of interest must address the issues listed in the Funding Priorities, listed below.

Grantees will be funded for the period of October 1, 2019, or upon federal spending authority (whichever is later) through August 31, 2020.

Applicant selected for funding will be required to sign these standard State forms as part of the contract with the State.

A resolution is required from the governing body authorizing the applicant to enter into a contract with the State.

The Department of Alcoholic Beverage Control (ABC) will take the following factors into consideration in awarding its ABC-OTS Grants.  Therefore, the applicant’s letter of interest should respond to the following issues:

The Department will also take the following criteria into consideration when awarding its ABC-OTS Grants:

The following are the sequential steps the Department of Alcoholic Beverage Control will take in processing grant awards:

Grantees shall be reimbursed for direct costs expended in support of this project as indicated below:

This grant is intended to be worked solely on overtime.  Authorized overtime shall be reimbursed for the time worked on the project at the overtime rate paid to the employee by the local agency as long as the overtime rate is the same as that paid to other employees in the same classification performing comparable duties.  Personnel assigned to the project shall include a minimum of one sworn officer.  Overtime for additional, non-sworn personnel may also be reimbursed.

The grant requires a maximum of 2 representatives (operational officer and fiscal personnel) to attend a mandatory training session. The training will cover operational requirements and completion of grant reporting documents.  Travel expenses must adhere to State regulations.

All costs not mentioned above are the responsibility of the local agency and are not reimbursable.  This includes administrative overhead/indirect costs, supplies, evidence purchases, equipment, (e.g., body wire equipment) and operating expenses (e.g., buy money) etc.   Grantees are responsible for their operating expenses, which will include such items as cameras and “buy” money.  Buy money would be the funds used by the decoy (Minor Decoy Operation) to purchase alcoholic beverages or that the decoy provides to the adult who purchases alcoholic beverages for the decoy (Shoulder Tap Operation).

The budget is the basis for management, fiscal review, and audit.  Project costs must be directly related to the objectives and activities of the project.  The budget must be detailed and cover the entire grant period.  Include only those items specifically authorized; i.e., salaries, overtime, employee benefits.   Travel is required for the operations officer and fiscal officer to travel to Sacramento to attend a one day (10:00 am – 3:00 pm) training class.  Grant funds shall not be used to supplant any existing positions or expenditures.

Grantees must submit a proposed budget for this project up to $20,000 (See Exhibit 1 for sample budget display).  Budget proposals must reflect anticipated funds to be used between October 1, 2019 and August 31, 2020.

The budget must detail the number of positions by classification, salary rate, and percentage of time to be assigned to the project, and total salary costs for the grant period.

Overtime costs shall include an estimated number of hours by classification, overtime salary rate, and total overtime costs for the grant period.

Grantees shall submit invoices on a bi-monthly basis to receive payments from the State.  The invoices shall be in the format specified by the State.

Grantees shall maintain detailed records to substantiate the amounts claimed for reimbursement.  These records (time sheets, payroll records, accounting reports, daily activity reports, etc.) must be maintained for a period of three years from the date of receipt of the final payment for the grant period and must be made available for review by the State upon request.

Grantees shall refund to the State any amounts claimed for reimbursement and paid to grantees disallowed by the State after audit of the records maintained by grantees.

Implementation and Control of Approved Projects

ABC has the responsibility and authority to review and evaluate each project as deemed necessary.  Such review and evaluation will be made to assist the grantee to understand and comply with the required procedures and to gain maximum benefits from the funds expended.  Grantees should promptly notify their ABC Project Coordinator concerning any changes or problems that arise.

Liaison with Other Agencies

ABC encourages meetings between agencies having similar projects in operation for the purpose of coordinating related activities.  The ABC will be glad to assist in coordinating such meetings and to provide any information required.

Any revision requires prior approval of ABC.  Documentation pertaining to requested project revisions must be submitted to and received by the ABC prior to the effective date of the requested changes.

Funded agencies are required to participate in data collection and submit progress reports on a timely basis.  The purpose of the progress report is to provide the grantee and the Department of Alcoholic Beverage Control with an evaluation of project progress in achieving the objectives.

ABC requires all agencies to submit one copy of the progress report to ABC’s Grant Project Unit on a bi-monthly basis. A combined final report is due on September 15, 2020.  Failure to submit reports on time can delay payment of claims for reimbursement.

Funded agencies are to submit their final reports on forms provided by ABC.  The narrative portion should be a thorough statement of project activities and progress during the reporting period.  The following items should be discussed in the final report:

Agency Reports, to include but not limited to:

A final report of the agencies accomplishments is required on or before September 15, 2020.  One copy of the report is required.  Final payment on the grant will not be made until the final report has been submitted.

The final report will be used for the following purposes:

A creative and resourceful approach is encouraged in preparing the final report which must cover, but is not limited to, the following factors: 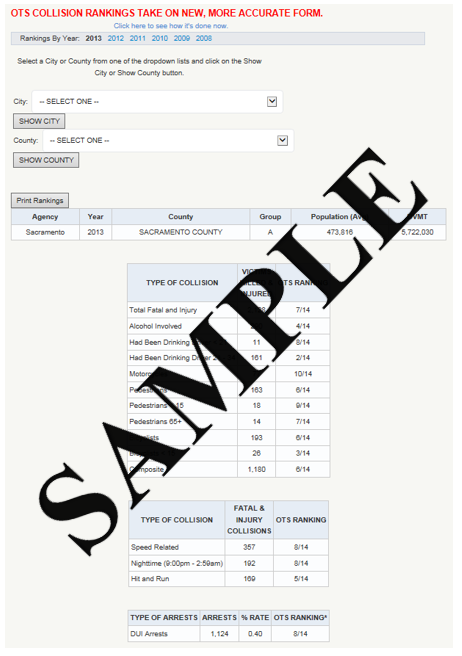 For law enforcement only